Kickstarter, we can’t make it without your pledges!

Yep, we decided to do a Kickstarter in the fall of 2011, after starting to understand we HAD to have a strong and safe barn for our ducks. This video was put together by Andrew, and he wrote and sang the song as well. Very nervewracking to put yourself out there…….

This past week I had alot of debate in my head over goat breeding, specifically when to let the pervert (Walter the buck) in with the youngsters. I was getting nervous about missing the window for the doeling’s heat cycles, as it is determined by the day length. Over and over calculating how old they’d be when they bore their first kids on my fingers. Bred now and they’d be having kids in April. At that point they’d be over one year old. It seems safe, as they will have 5 months in which to continue growing themselves, as well as their kids in-utero. As long as they get good care and lots of food over the winter months.

Not having a real barn makes it tough, as the goats all HAVE to be hardy enough to handle the weather. The goat shed we have is very deep, maybe 20 feet deep, and open to the south. It’s draft free and cozy. I’ve been building up a nice bedding pack for their lounging comfort in the back of the shed. It’s my mission to try to contain the mess this year, instead of letting the hay/manure/piss cake cover the entire shed floor. That makes mucking out the shed a major job in the spring. I’ve been raking their fallen hay to the big bedding pack every day. Using the hay the goats inevitably waste as their bedding makes perfect sense, and slowly over the years I have come to a good system for this. I am using a portion of a hog panel, which is attached to the wall, about half way up. The goats prefer to reach up for their hay, and with the manger up, they have to jump up and stand on their hind legs to access it, which is good winter exercise.

The only problem I am seeing with this is the usual goat problem….bullies. The boss goats take prime spots and eat/waste the majority of the hay, leaving the underlings to scrounge what they can. Ideally I’d set up two mangers in two different areas to prevent bullying. But, you have to work with what you have. Eliminating bully goats from the herd doesn’t work, as a new bully will immediately take over. Goats! Argh! So I am just trying to keep the hay filled as much as possible so everyone gets their fill. Keeping a feel for their ribs is a good way to assess body condition, just like with dogs. You want to feel a nice cushion of fat layering on top of the ribs, not too fatty, but not skeletal. I’m keeping a close eye on the goat mommas.

The trouble is, our buck pervert, is the bully. This happened last year with our older buck. It’s maddening. What kind of survival of the species is this, a father keeping his unborn offspring from being nourished so he can gorge? I even have seen goat bucks use their horns on the does to scare them off. Usually it is a visual reminder, not physical, but it very well could be. Bullies…well, Walter our buck of the year, will be with the mommas for 2 months to ensure he impregnates all the females, and then he will be moved to his holding pen. And then in the spring, when the rutting season is past and his stank has mellowed, he’ll serve his other purpose; becoming goat summer sausage, goat curry, goat jerky, etc. Dude animals on the farm have only 2 purposes really, breeding and meat. Love em and leave em. Especially when they are bullies.

Still happily canning, as the green tomatoes transition to red, lined in trays in the livingroom. Leaving a bit of the stem on is really helping them ripen nicely. That and the woodstove keeping our place so cozy! Our place is quite typical of an old farmhouse, very poorly insulated and all the drafts coming in from everywhere. We spent some of those nice Indian Summer days caulking up the windows from the outside and sealing up the inside too. It has made an enormous difference in our home holding in that woodstove heat. Andrew’s folks lost alot of oak trees this summer to a crazy wind storm, and some of the dead ones that came down are our wood supply for this winter. Last year we had to buy wood and it turned out to not be as seasoned as the guy said, so it burned terribly slow and barely heated our home. The combo of dry dead wood and sealing up a house is a must to get through the frigid winter to come.

So, our Kickstarter Project has been launched for almost a week. Two of our customers surprised us with GIANT pledges!!!!!!!!!!! It was flabberghasting to see the numbers jump by $1,000 two days in a row. WOW and thank you!!! So many friends and strangers are chipping in towards our goal, it is just so amazing. Putting our project out there has made me feel extremely vulnerable. Here’s our heart and soul, edited into a video, explaining our life and need for a step up to make it next year. When I watch the video I start getting teary. It’s ridiculous, but I feel so worried about what people think about it. Asking for help, even though we’re giving away rewards for their pledges, is really hard for me. I guess it kind of feels like we didn’t do well enough this year, to be asking for financial help.

I am proud of what we have done, what we stand for and what we are continually striving for. I am proud of our farm. There’s no doubt about that. We nervously watch the inching towards success, whther we’ll be at our goal when the 30 days are over for our project. The thing with Kickstarter is that we don’t get ANYTHING if we don’t reach our goal. If that happens, we’ll back to the drawing board.

I pulled out a bag of frozen bones from Lance’s butchery, in order to make stock. I roasted them for a few hours, and when I pulled the pan from the oven, I began gnawing on the meaty bits. My bangs got covered in hot lard grease. I couldn’t stop, it was so delicious and I was overcome with a carnivorous nature. It reminded me of when I was a pre-teen. I’d go all cavegirl like, buying frozen turkey legs at the grocery store across the road from our building. Roasted them up and went out into the wildplaces surrounding the apartment area. Devouring meat in the brush. What a little weirdo. I craved wildness, and being in the suburbs at 13, it was pretty hard to come by. My Mom had alot of homesteading books and I’d pour over them, fascinated and nostalgic. I remember her doing all kinds of projects when I was a little one, while she was in her hobby farming adventure. Milking goats, butchering chickens, gardening, canning, cheesemaking. In these books I found a part of her she had left behind. I fixated on the chapters about raising rabbits for meat. We were then living in an apartment, and so there was no way I could set up a rabbitry. But look where I am today.

2 thoughts on “Kickstarter and goat breeding” 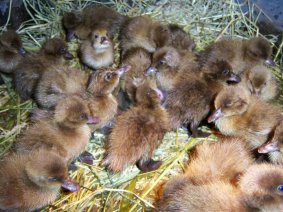 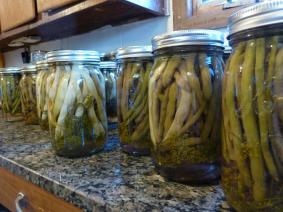 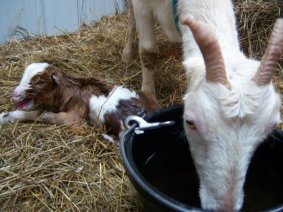 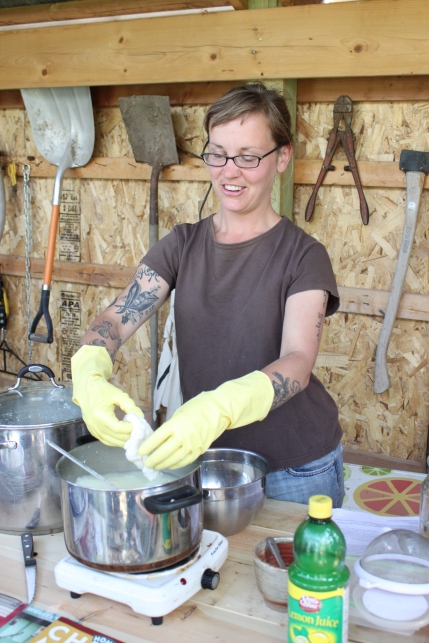 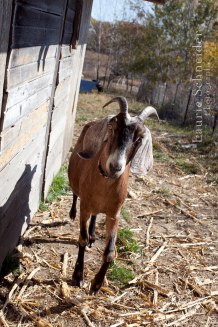 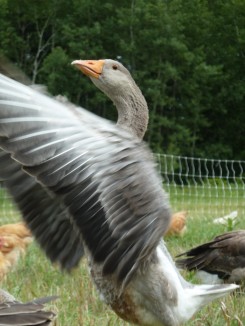 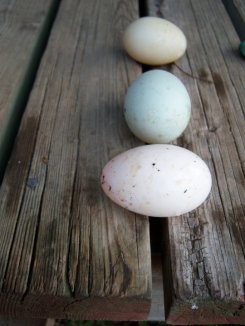 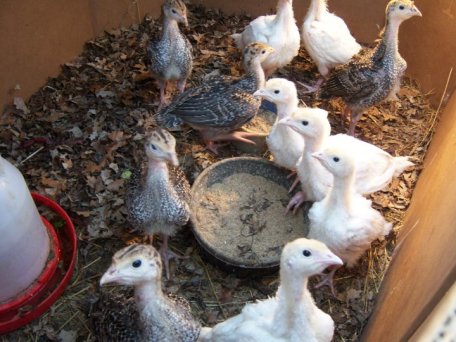 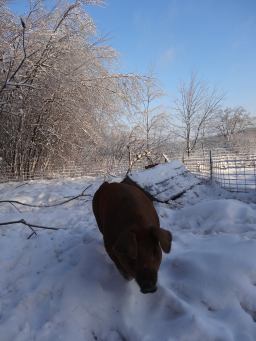 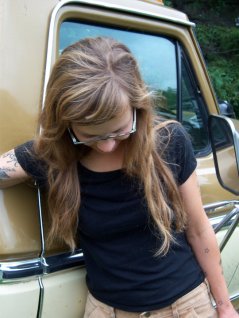 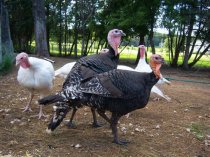 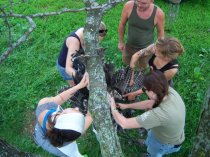 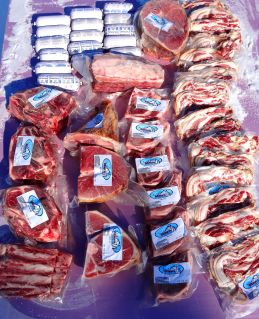 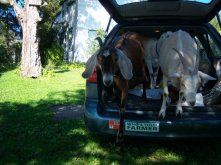 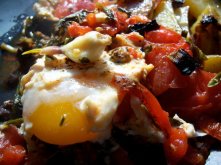 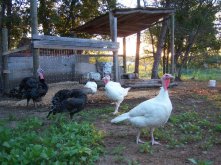 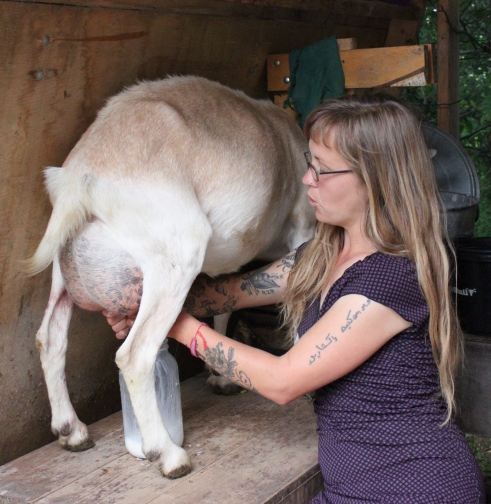 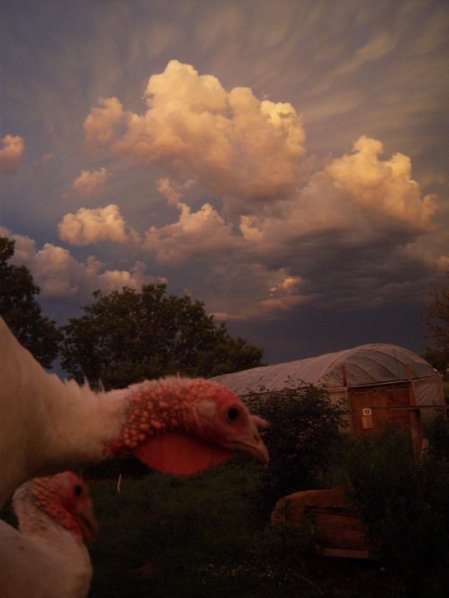 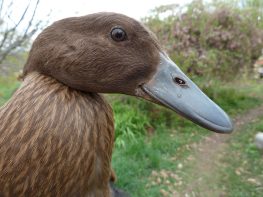 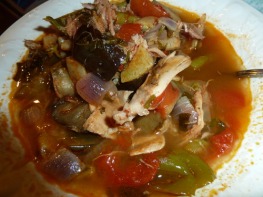 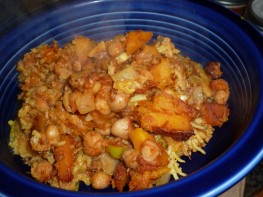 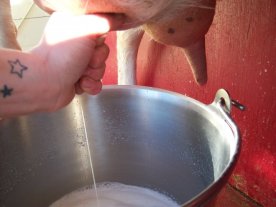 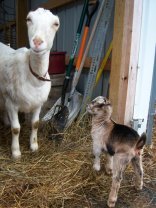 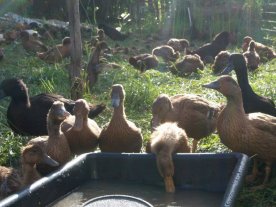